How Does the Idea of Indie Music Affect the Genre? 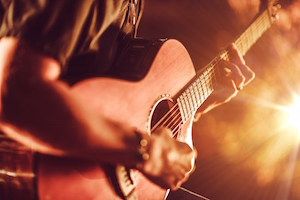 Indie artists are constantly tring to figure out how to get your music on iTunes and other distribution platforms, and throughout this process are always classified as an indie artist. However, indie music encompasses all genres and sounds, and the indie movement has changed so much since it began that some are questioning whether the term really means anything at all. Most of this controversy centers on the mainstreaming of indie music and culture.

The term ‘indie’ was originally used in the 1970s to describe punk bands who could not get signed by major labels, so they had to produce music on their own – independently. These bands were rebellious, went against the status quo, and broke the mold in the music industry. These qualities are still embraced by indie artists today, but the nature of the movement has irrevocably changed for a peculiar reason – because indie music is now very popular.

The huge success of ‘indie’ bands who were selling platinum albums, like Coldplay, Death Cab For Cutie, and the Decemberists, has shown that indie music, once an underground, grassroots movement, is now achieving mainstream success. The term ‘mindie’ (for mainstream indie) has been used to describe successful indie bands. This term is in itself somewhat of a contradiction – indie artists are by definition not mainstream, but independent. However, the label ‘indie’ has been used by advertisers to sell products in order to make them seem more unique and cool, and the Hipster trend in recent years has led to young people embracing indie music, indie fashion, and the indie culture in general. The commercialization of a movement that was founded on anti-establishment principles is in some ways ironic.

Indie labels are also proliferating and growing. Some argue this means that the music industry is becoming less monopolized, others think this simply shows that indie labels themselves are becoming more and more like the majors, and the term ‘indie label’ as also become meaningless. There have also been success stories of indie bands, or rather ‘mindie’ bands, who have been signed to huge labels and sold millions of records. These bands are hardly the struggling, nonconformists of the punk movement. The problem is not that indie artists are gaining success; we hope every artist can earn millions; the dilemma is that the term ‘indie’ becomes obsolete when a band signs to a major, although the band probably still sounds and acts the same. Thus, the ‘mindie’ label was born.

The history of indie music is somewhat ironic, because it started out as a protest against the mainstream trends, and then became a mainstream trend. There are obviously still unsigned artists out there, but getting signed is a possibilty and probably a goal, so do we even need the indie label? Maybe indie pop bands should just be called pop bands, and indie rockers called rockers. The idea of a mindie band is an interesting one, and while some diehard fans might lament the mainstreaming of their underground culture, it could also be seen as a success – bands that once couldn’t get signed are now selling millions of records. So maybe mindie music is an unexpected triumph to the indie cause after all.

Whatever your opinion on the indie/mindie debate, SongCast is here to help all artists achieve their goals. For more advice about how to get your music on iTunes and more tips about how to make it in the music industry, follow our blog.