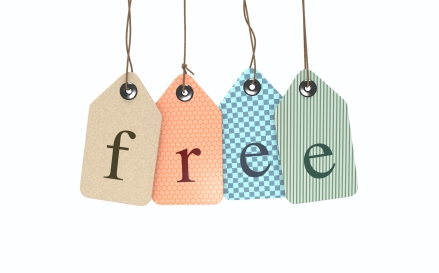 Giving Your Music Away for Free – Good Idea or Bad? 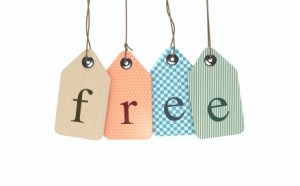 The debate over whether indie artists should give away their music or not doesn’t need to be a polarizing one. It’s not a black/white, either/or issue, though some have taken hardcore stances on the subject. If you’re completely adamant about not giving away your music for free, you’re likely missing some good promo opportunities. Even some who are generally against giving music away will admit there are times when, if done correctly and selectively, it could be to the artists’ advantage. For those who want make their music available for free, the question becomes when to do it and how much is too much?

The general argument for unknown, DIY acts to give away their music is that people need to hear it before deciding if they like it enough to buy more. Others have suggested that the only people downloading those free tunes are a small, already-existing fan base who would have bought the tracks anyway.

Cloud and monthly subscription services such as Spotify are changing the way the game is played. Many people are growing accustomed to spending a few dollars a month — basically the price of one used CD — to get instant access to an enormous library of tunes that they can easily share with friends. Cheap, and even free, music is becoming an expected norm for many consumers.

Indie acts need to find new ways to get heard and this leads to giving music away being necessary…sometimes. The hear-like-buy model mentioned above does work, if done correctly. After all, do you know of anyone who has ever paid to watch a music video on TV or listen to a song on terrestrial radio? They heard something for free, decided they liked it, then went out and bought it. Of course, those signed artists have an entire distribution and PR system behind them that the unsigned acts don’t have to get on commercial radio in the first place, so it may not be the best example, but it is an example of free music leading to fans paying for music. It’s like those free samples you get in the grocery store. If you like the meatball that sweet old lady just handed you on a toothpick, you may just go to the freezer aisle and pick up a box.

So, what are some ways to do “free” right, or, at least some tactics that have worked for acts in the past?

–Instead of using free as a way to draw in new fans, use it as a way to reward existing fans and say “thanks for your support” by giving them a track that can’t be found elsewhere.

–If you ever give away an entire album download, make sure the physical copy of the CD has bonus tracks that aren’t on the digital version, to entice die-hard and new fans to purchase it.

–Make your music free for a limited time — for a day, a week or even a month — as a promotional tool to drive more traffic to your site, your CD release show or to your other for-sale merch.

Let Your Personality Come Through In Your Messaging