Our Take on the 2014 Grammy Nominations 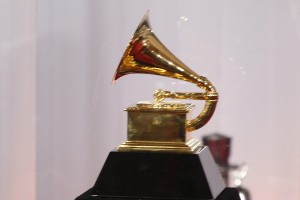 Despite the ever-present complaints that, like the Oscars, Grammys tend to be a popularity contest, they’re still a great way of keeping track of who’s on top of the music business. Plus, the awards ceremony -set for January 26th this time around- is always a star-studded affair with plenty of live-ish performances.

So, what’s our take on some of the noms?

Well, Jay-Z walking away with a stunning nine nominations for “Magna Carta… Holy Grail,” versus a single nod to Kanye West’s “Yeezus,” it seems that the nominations committee is quite clear on who they think the rapper of the year is.

Giving runner-up Justin Timberlake seven nominations spread across three genres for his two-part “20/20 Experience” further suggests that this year’s nominations and awards are likely to be mostly promoting safe choices within the music business, without too many surprises.

However, one pleasant surprise was seeing Lourdes come away with four nominations for her harmony-drenched attack on pop music materialism, “Royals,” including a shot at Album of the Year. For a singer with exactly one single of note, which hit towards the end of the season, that’s big. We’re hoping to see good things from her in 2014, maybe even the nod for Best New Artist she didn’t get.

In the always-eclectic “alternative” category, we’ve got an interesting three way fight between artists who really couldn’t be more different – Neko Case, Vampire Weekend, and Nine Inch Nails all have strong cases to make. It’s odd seeing them going toe to toe, however.

However, our call for Album and Record of the year? We’re giving it to Daft Punk. While most of the popular offerings of 2013 seemed to be covering established ground, Punk once again re-energized their sound in “Random Access Memories,” creating a fusion of disco, electro, and alterno that we think deserves to be recognized as the album of the year.

Besides, we’ve still got “Getting Lucky” stuck in our heads, and we’re thinking the Grammy committee feels the same.