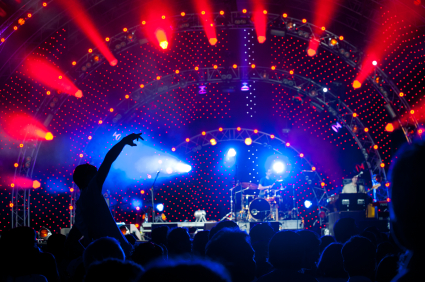 Concerts and Festivals You Absolutely Cannot Miss This Year

Here at SongCast, your favorite online music distribution service, it seems our dedicated music aficionados are always counting down the days to something. 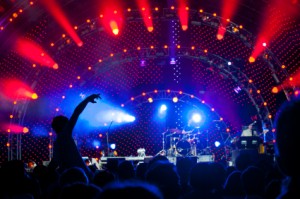 Maybe it’s for the brand new 2014 album release by The Fray. Maybe it’s for Gaga’s ARTPOP tour (more meat dress!). Or maybe it’s just for the moment we hear that new, perfect indie sound that gets us swaying every time.

And though we check the calendar boxes day after day for online releases and new album downloads, there is one thing that gets us on our feet in a moment’s notice: concert and festival announcements.

From set lists to lineups to last minute hotel reservations, there’s nothing like the feeling you get while waiting for your favorite bands to take the stage and blow your mind. And while it was certainly hard to narrow down our list, we finally picked our top concert and festival choices just in time for 2014:

Noise Pop: Known for showcasing the coolest new bands in the indie pop genre, Noise Pop will be held from February 25th to March 2nd in the great city of San Francisco, California. While the lineup is still evolving, get ready to fall head over heels for bands you may have never heard of before. From Dr. Dog to The Soft White Sixties, Noise Pop bands have included everyone from The Flaming Lips to the well-known Death Cab for Cutie.

Billy Joel: When we heard that the incredible Piano Man would be back on tour this year, we couldn’t help dancing down the street belting “Uptown Girl.” From New York to California to Florida, Mr. Joel will be performing at several different venues from January to June, and you can bet that we’ll be there. If you’re into living legends in any way, you just can’t miss Billy Joel’s 2014 US tour.

Big Ears: You’ve always dreamed of attending the Electric Daisy Carnival, you had Bonnaroo tickets on your Christmas wish list, and the word “Coachella” has been engraved into your 2014 calendar for months now. And while we love the big names, we’ve decided to shine the festival spotlight onto something a little different: welcome to Big Ears 2014. Originally featuring just a few bands back in 2009, Big Ears (from March 28-30 in Knoxville, Tennessee) features dynamic artists like Pulitzer Prize winning Steve Reich and the progressive Ensemble Signal.

Whether you’ll be busy checking out this year’s top music distribution companies or 2014 will be filled with song writing and gig booking, be sure to make time in your schedule to hit up the best concerts and festivals of the year. I mean, seriously –this is the only job in the world where going to a concert is pretty much like attending a business conference. Capitalize on that, my friends.

Counting down the days to a killer show we haven’t mentioned? Let us know in the comments.