Should You Ever Turn Down A Gig In The Music Business

No one likes to say ‘no’ to money, right?

When a band or artist is just starting out, they are probably going to take any gig they can get. For a new artist, exposure is (arguably) the most important thing to focus on, even at the cost of profits early on.

However, as you gain more of a reputation and start exploring other online outlets for exposure, you’re likely to start getting more strategic about the gigs you take. While it’s not something that happens often, there are circumstances in the music business where you should think twice about taking a gig. 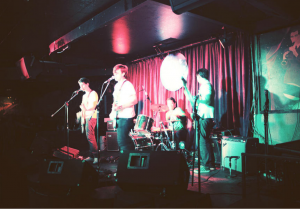 1 – The promoter has a poor reputation.

Do your research, and talk to other acts in your area. Certain promoters are going to have better reputations than others in the music business, especially when it comes to the matter of prompt payment. If someone has been known to skip out on performance fees, avoid them.

This one is just basic fiscal math. If your travel, equipment, and lodging expenses are going to exceed your payout, it’s probably not a good idea.

That said, there are exceptions, such as if you’re invited to a legitimate music festival. These tend to be low-paying, but so high-profile that it’s worth the loss.

Some venues, promoters, agencies, and such tend to wear their politics on their sleeve, and this can ultimately rub off on acts they book. Playing at a club known for discriminatory policies, for example, could associate your act with discrimination.

Your image and reputation matter. Say ‘no’ to gigs in political situations that could become embarrassing.

Finally, a word of warning:

If you agree to a gig, you must show up.

Do your research into a job before committing yourself. Once you say ‘Yes,’ consider it an obligation that cannot be broken, or else promoters won’t trust you.

Your professionalism will make or break your image in the music business. Unreliable groups and performers don’t get gigs.