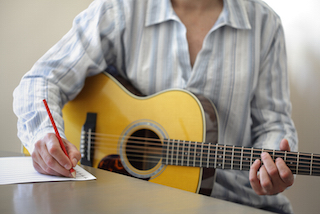 Indie Songwriters – Behind the Scenes of Major Pop Acts 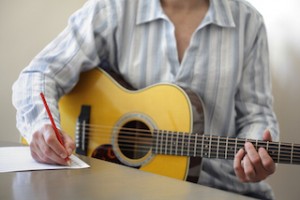 Music distribution is a focus of every indie artist, but mainstream labels tend to dominate when it comes to ditributing music worldwide. However, the indie sound is actually making its way into pop hits in a more subtle way – through the songwriters. More and more, the music industry has begun to capitalize on indie artists and their talents, and often counts on them to write hit songs for best selling pop artists.

Most popular musicians today don’t write their own songs, and if they do write them (or claim to) they collaborate with a team of songwriters who then receive a co-writing credit. One example of this is new artist George Ezra – he has been hailed as a rising star and a singer-songwriter, yet almost all of the songs on his album were cowritten with Joel Pott, a member of the (now defunct) indie band Athlete. Matt Hales, a member of the indie band Aqualung, has written songs for Lianne La Havas, The Fray, and Jason Mraz. Indie musician Ruth Anne Cunnigham has written hits for JoJo, Britney Spears, and One Direction. Jamie Scott of Jamie Scott & the Town has written songs for One Direction as well, and Enrique Iglesias. As you can see, indie songwriters are behind the hits of some of the world’s most popular songs.

Many of these popular songs are actually written or co-written by the same person. Max Martin, a member of the virtually-unknown Swedish hard rock band “It’s Alive” has co-written 20 number one songs and 51 top ten hits in his career as a songwriter. He’s written songs with ‘N Sync, the Backstreet Boys, Britney Spears, Katy Perry, Kelly Clarkson, Pink, Jessie J, and even Taylor Swift, a songwriter herself. Claims that all pop music sounds the same make sense when you consider that a lot of it is written by the same person. However, the artists that we see contributing to pop music are often not members of mainstream bands themselves, and this shows that indie music is making a big impact in the music industry.

The prevalence of co-writing has led some critics to suggest that pop artists who claim to have co-written songs really haven’t contributed anything to the process other than their name. This is obviously denied by the pop stars themselves, but it is definitely true that indie artists have a lot of influence during songwriting – probably more than most people imagine. Indie musicians are also increasingly being used to score films, and their songs are being feautured in more and more television shows and movies.

The links between the pop and indie genres are growing, which is why some people are questioning whether anyone can be a truly independent artist in the modern music industry. For new indie artists, however, there are growing opportunities for music distribution, and it can be achieved in a variety of ways. Get more tips and advice about the indie music business and learn about the latest trends by following our blog.