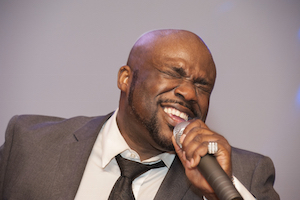 Tips for the Indie Gospel Musician

It’s easy to overlook the Christian indie music scene, since it’s a niche that rarely gets covered by mainstream publications. However, there’s still great music and great artists in the Christian sphere.

A Christian indie artist can easily find great success, although that market has a few quirks that differentiate it from other genres.

Christian Artists: Sell Your Music With These Great Tips

If you’re in the Christian music business, when does Christmas start?  In July.  Because of the lead times involved in mastering and manufacturing albums, music producers looking for new Christmas material will seek out songs in the early summer.

As strange as it sounds, June to July is prime time to release new Christmas music. Promote it on your blog as a “sneak peak” for the upcoming holiday season.

This may seem obvious, but there’s more here than simply putting your songs of worship into a place of worship. In the Christian music biz, knowing the right pastor can be as important as knowing the right producer. Especially since, of course, major spiritual leaders in an area tend to network among themselves.

If you dream of playing a gig in a mega-church -with attendance like that of a good concert hall- the only way that’s likely to come about is through networking. Get the pastors/ministers/etc in your area on your side.

3 – Have Something To Say

If there’s one major problem in Christian music, it’s how many bands do nothing but write generic songs about how much they love Jesus. It’s basically the equivalent of endless boy-meets-girl pop songs in secular markets, making it very hard to stand out and sell your music.

The most successful Christian acts, especially those which managed to find some crossover popularity (Jars of Clay, Neal Morse, Savior Machine, etc) are generally those who mix their Christian love with material of substance, commenting on modern-day life or advancing interesting Biblical interpretations.

What do you think a Christian artist needs to do to get ahead?