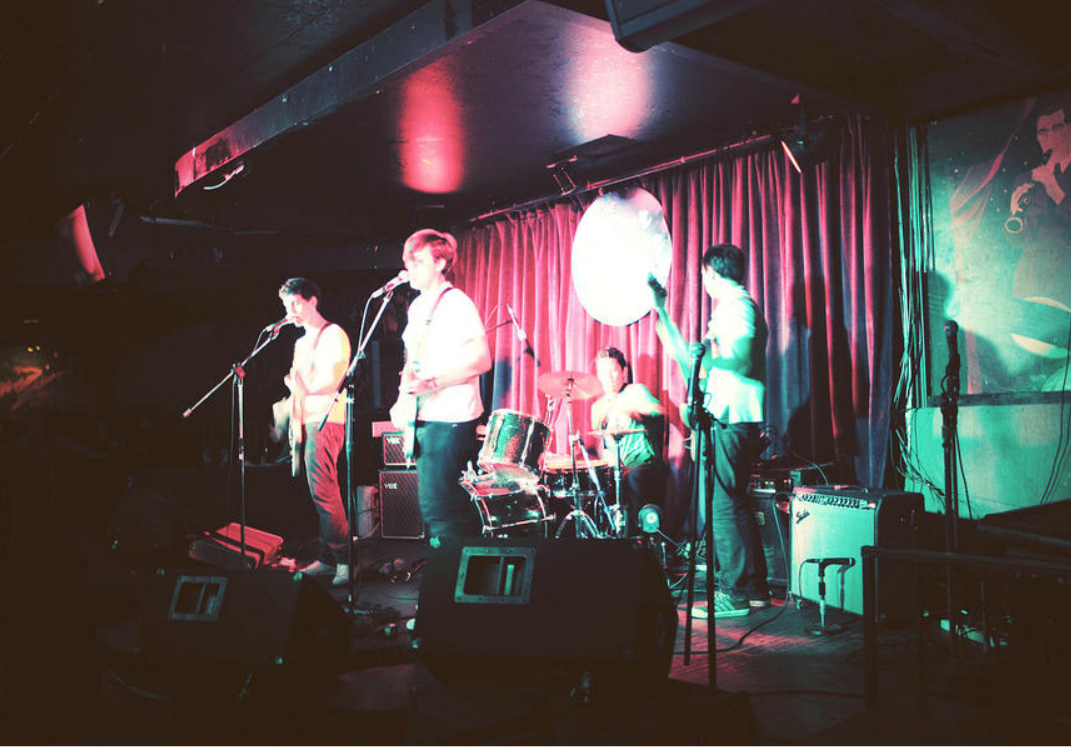 We’re always looking for new ways to help promote YOUR music. Check out this week’s Spotlight interview with The Oats.

We are constantly inspired by a lot of people who aren’t necessarily artists…but lets see, The Beatles, Jack kerouac, Andy Warhol, the libertines, The Pixies and John Fante, to name a few.

Our newest EP “FUNERAL = REAL FUN” which will be on itunes September 1st, whoop whoop!

Oh we have a long list, but basically Anything that includes Selena Gomez, Pitbull, The Jonas Brothers or Nicki Minaj.

Tell us more about your local scene.

There’s a guy that books bands for a venue in Mexico City called “El Imperial.” He is really nice and cares about bands and is trying to build a scene there, but apart from that the music scene in Mexico City is pretty boring and predictable, and it’s infected by rats and all types of pests.

Having the audience behave like a clockwork orange finale would be pretty awesome.

The way the band started was by us having the same taste in music, films books, etc… We think that the reason we were drawn to the type of music we play is that one, it’s pretty damn cool and two, it solidified our friendship.

When we wrote the songs for our newest EP, we tried to reflect the way we felt about our situation as a band and as individuals, the frustration of living in a city where we knew we’d never get our music out there because of crooked assholes that control the radio stations and the media, having a horrible job at a call center or being a receptionist at a waxing saloon where the owner tries to hide the fact that he hates you and disappears whenever it’s payday, but also candy. We like candy and try to sing about that as well.

A big thanks to The Oats for speaking with us this week! Be sure to check out their website, find The Oats on Twitter, on Facebook, and on BandCamp.

If you’d like to be featured in an upcoming interview, shoot us an email with your name and SongCast user ID and we’ll get in touch.

Pop Hits – Made in South Korea

5 International Acts You Should Know