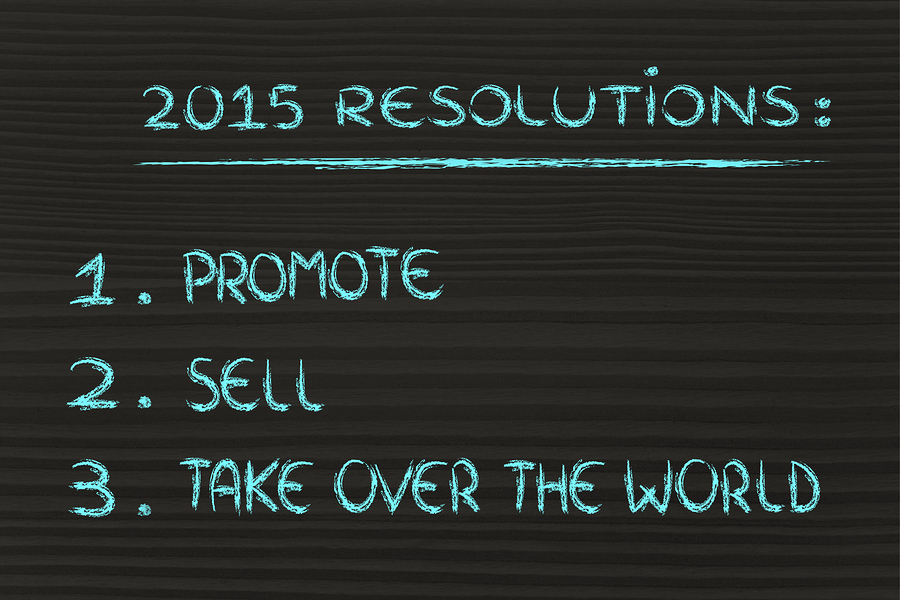 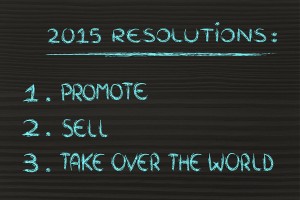 2014 may have been a tipping point for the music industry.  The sales numbers were relatively poor all year, and it wasn’t until Taylor Swift’s “1989” in November that anyone managed a Platinum-certified album.

While we won’t have complete numbers on 2014 for a few more months, there’s also little to suggest an oncoming fourth-quarter rebound.

A lot of new artists are looking for original ideas in how to sell music this upcoming year. The good news is there’s still plenty of money in the music business, but musicians may have to work a bit harder.

Here are a few resolutions for the new year…

1 – I will increase my social media interactions.

To large extent, a musician is now expected to “carry on the show” even offstage.  For those who are most successful at gaining and holding online fans, being part of their social media interactions is an extension of their overall musical experience.

There are plenty of ways to do this, from interacting “in character” to releasing free tracks to just being nice and answering fan questions.  But you have to be there for them, or they’ll forget about you.

No stage show is so great that it can’t be made better.  With music sales declining, your live gigs are likely to be your true bread and butter.  Learn more stagecraft.  Practice more instruments.  Work on your between-song banter.  Buy more lasers.

Whatever it takes, “bigger and better!” should always be the agenda when it comes to your live shows.

Look beyond the usual stacks of T-shirts and dusty CDs.  There’s an entire world of custom-printing / print-on-demand options for virtually any item you could want to create.  Make them special.  Have personalization options like engravings.  Let people custom-build CDs or video compilations.  Have a design-your-own-Tshirt contest.

“Think of the fans!” should be your mantra, at least in our view.  How will you be adapting to new 2015 market shifts?