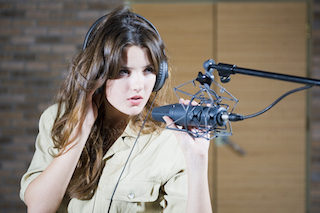 Recording Your Album for a Reasonable Price

One of the biggest challenges facing an indie band trying to record a music album is creating a product that sounds good enough to compete with major bands.  There can be a gigantic difference in sound quality and production values between a low-budget and high-budget album, and that’s simply unavoidable.

So if you don’t have thousands to to shell out for a high-grade recording studio, what are your alternatives?  Here are a few thoughts.

Tips For Recording Your Next Music Album On The Cheap

1 – Look for used or free equipment.

There are certain pieces of equipment – especially your microphone(s) – that really need to be of good quality.  However, they don’t have to be NEW.  You can often pick up a good diaphragm condenser microphone for cheap if you check pawn shops, Craigslist, or eBay.  Since other musicians are constantly upgrading their kit, there’s a constant stream of used equipment to be had if you look.

While I don’t think there’s been actual studies into this, I’d say it’s reasonable to assume that one reason we’re seeing an influx of “chiptune” influences in indie music is that analog synthesizers are dirt cheap and easily emulated in software.  “Low-fi” sensibilities hang a lampshade on a band’s lack of budget by embracing a low-budget sound.

Sorry Android users, iOS rules when it comes to music-making and that’s unlikely to change.  An iPad might cost you $500 or so, but it can function as an all-in-one studio, especially with a few inexpensive apps like AudioBus.

Plus, many iOS apps can cheaply approximate much more expensive production techniques.  For example, Sopranotron doesn’t sound as nice as an actual choir, but it can produce totally acceptable background production for about 1/1000th the price.

You’d be amazed what your fans might have at their disposal – old hardware, studio access, even other friends in the industry.  If all else fails, put out an SOS on social media and see if a fan has what you need.

So, how have you creatively gotten around budgetary issues?