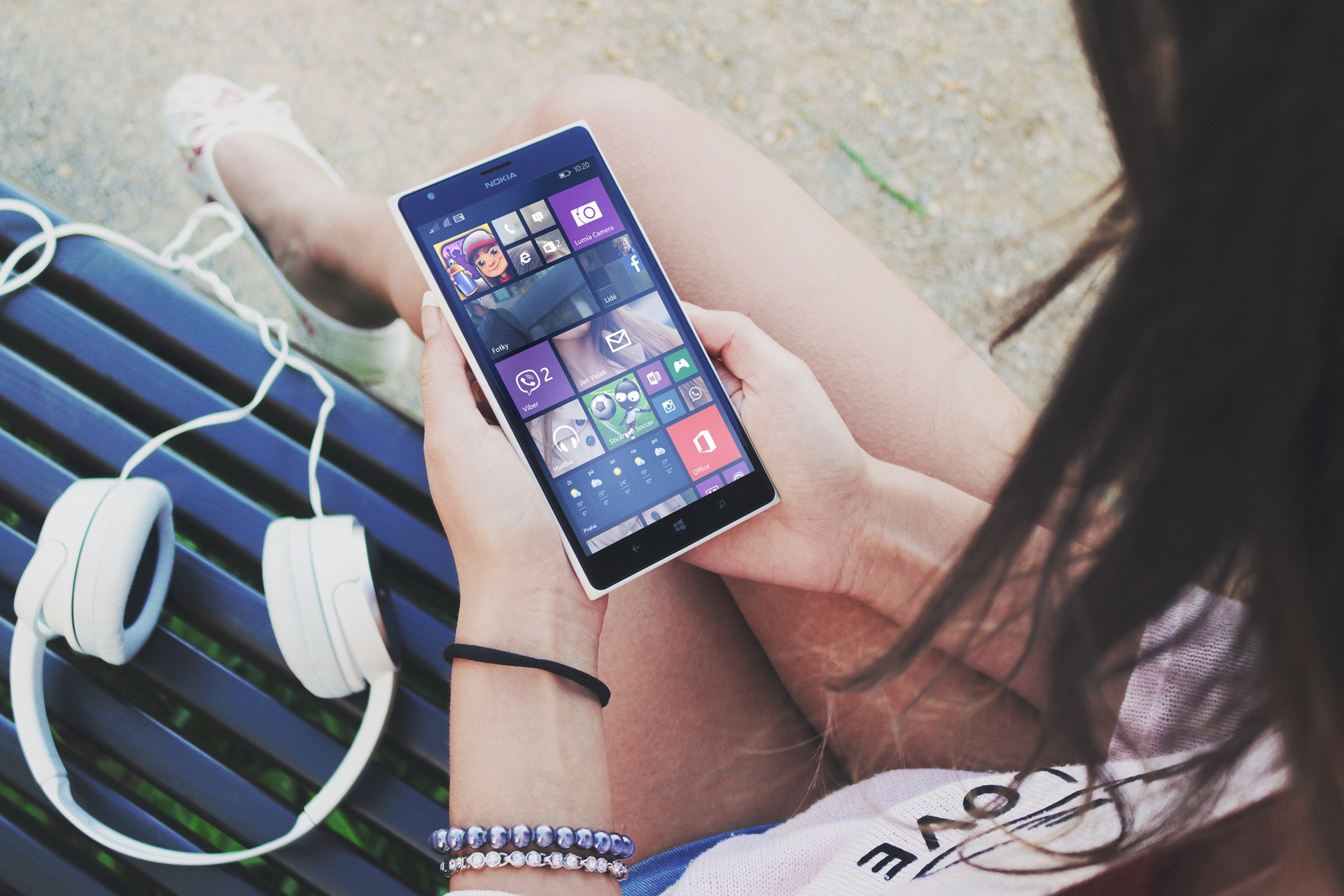 What the Dominance of Streaming Music Services Means for Indie Artists

Unless you were on a total media blackout during December, you crossed paths with one of the countless headlines on how streaming music had conquered the year. “Even the Beatles joined Spotify!” they screamed. I don’t know about you, but the Beatles are hardly my go-to example of a fiercely non-commercial artist so this hardly seems newsworthy. The real story here was the supposed coup for Spotify. “Taylor Swift had resisted! Adele had resisted! But we got the Beatles!”

The problem with all that self-congratulatory news from Spotify is pretty obvious. Spotify and its attendant media supporters are not bragging about how they’ve actually changed the system of major labels and how music is played and discovered. They’re bragging that now they’re just like mainstream radio and major labels. So where does leave us, the unheard indies?

While the headlines that dominate the news point to the victory that streaming music has won over downloads, let’s dive into the fine print a little. Streaming royalties rose in 2015, but they didn’t go as high as the music industry would have liked. SoundExchange, a nonprofit licensing agency that represented the record labels, released a statement:

“It’s only fair that artists and record labels receive a market price when their music is used,” the group’s statement said. “We believe the rates set by the C.R.B. do not reflect a market price for music and will erode the value of music in our economy. We will review the decision closely and consider all of our options.”

In a roundtable discussion at The Verge, writer Jamieson Cox nailed the high-level view of streaming:

This was the year in which the gap between the world’s biggest artists and its version of blue-collar workers — the difference between Adele and your favorite indie rock band, basically — became really striking. It was also the year music streaming took off, and you can bet the two are related. Spotify increased its user base, Apple joined the race, YouTube launched a paid service, and Tidal… tried its best. The problem is that all of these services are contributing to a system that only really works at scale.

And while Taylor Swift’s decision not to list on Spotify seems mostly a hold-out for more royalties for herself (a position no indie artist could take), it is important to note what Adele has said about streaming:

Adele also said that she feels streaming is “a bit disposable,” adding “I know that streaming music is the future, but it’s not the only way to consume music. I can’t pledge allegiance to something that I don’t know how I feel about yet.”

Again, it’s a position that requires clout that no indie artist possesses but the fact that a major label artist whose music was everywhere BUT Spotify in the last two months of the year is significant.

As an indie artist, the deciding factor is always: what works for you. You may not have the clout that Adele has but you have the freedom to set your own course and create your own model.

So if you’ve decided to try out streaming, here’s the first step:

Like every other tactic you take when you’re in charge, you must be vigilant. You’re going to want to watch the plays you get and the services that work best for you. But before you even do that, do your homework.

Find out what your favorite streaming service is actually paying artists.

Some artists share all their data on pays and plays. Look at a few starting with Zoe Keating who was also featured in the Guardian in an article about indie musician income.

Maybe it’s good to ask the services, what is a million plays actually worth?

But here is the most important homework: USE THE SERVICES. Sign up for a couple and find out what you like about each. Does Spotify make it easier to discover indie artists in your genre? Does Google Play have a better way to convert a listener to a customer? A lot of that is up to your judgement. Most likely, your tastes in services are similar to your audience’s. What you like and find easiest to use is probably what will appeal to them too.

Dip your toes in the stream

If you’ve looked into streaming your music at all, you’ll find that all the big names have a gatekeeper. Spotify calls these “Artist Aggregators.” They are the companies who will distribute your music to a number of stores and streaming services including iTunes, Amazon, Spotify, Google Play. With the notable exception of Google Play, indie artists not on a label cannot manage their own music on these services. Google Play offers Google Play for Artists which allows you to upload an unlimited amount of albums or single tracks for a one-time fee of $25. (That’s not $25 per song or album. $25 once, forever.)

To get your music on Spotify and iTunes (and many others), you’ll simply sign up with an Artist Aggregator (what I called “distribution services” in an earlier post). These are services (like Songcast) that standardize meta titles and tags and formats so that the end service (iTunes, Spotify, whatever) doesn’t have to deal with customer service for a million indie artists. That aggregator then sends exactly what each channel needs to each channel.

Those aggregators are going to give you numbers on how your music is performing. While I’m a fan of not dwelling on numbers when they might lead you astray, streaming music is a case where you should watch what’s happening with your plays. You need to let your fans know that you’re now on a certain streaming service. For Spotify, you (or your band) should curate some playlists. Depending on what you see on the streaming plays, you may make some decisions about listing your music on other services or withdrawing certain tracks from some. Spotify recommends putting your whole back catalog on their service (of course, they do). But you’ve got the job of determining where you spend your money. If it costs you $50 to list every separate album with Spotify, it’s probably not in your interest to keep paying that for the albums that don’t get played much. Start with the recent releases, add the hits, then experiment with the entire back catalog.

Along with those experiments, consider taking a different approach.

The counterintuitive response to streaming

A real smart guy I admire once said to me that with the ubiquity of recorded music (we’re assaulted with it at all times), he hoped we would see a resurgence in live performance. I’ll jump into that idea at length in some future posts. But for now, let’s consider the real message of that reaction. When the mainstream is telling you that streaming is the future, you can be sure it’s really just the present. If you want to think futuristically, take an approach against the mainstream.

For starters, as an indie, you should make sure your music is available to everyone. The gatekeepers haven’t let you into the major label party. So why would you emulate them and put your music behind gates? Digital distribution leveled the playing field in many ways. Compared to the days of manufacturing physical media and mailing out copies or cutting a deal with a distributor, it is cheap (and sometimes free) to distribute your music now. So you you’ve got to come up with different ways to stand out.

I harp on the freedom indie artists have compared to their major label comrades. Streaming is no different. Not only can you decide which services and songs work best to stream, you can also make decisions counter to streaming. Focus on something different like physical media or events. Cassette tapes are making a comeback in indie circles. Vinyl has never lost its cachet. Downloads can be utilized in any number of ways. And non-musical merch is a green field.

I’ll give you two examples that I think are interesting and cool.

Firstly, my friends in Mystery Twins make every release unique whether choosing 7” vinyl or cassette or digital. Their most recent cassette release included a download code so that those who purchased one, received a free download. However, there was no way to get that download without buying the cassette. As a result, their releases are physical media AND an event. You have to participate in order to hear the music.

Secondly, my friends in Axeslasher realized that even people who weren’t fans of the band were buying their merch so they started including free digital downloads with the purchase of physical merch. The result turns people who like a cool design into fans of the band.

Finally, the rise of streaming (and the ubiquity of recorded music in general) means that your live performance means more. Don’t approach your shows as if you’re content to be background music. Make it something different, interactive perhaps.

Long ago, my band approached each show as a show. Once, we wrote every song in our set on a notecard and clipped them to a string across the stage with the song titles obscured. We told the audience they got to pick our set randomly. Since we switched instruments for different songs, this created a lot of chaos. Instead of the usual three songs with this lineup, then three songs with the other lineup that we’d always played, we just stood there until an audience member picked a card and decided what lineup and what song we’d be performing.

This is just one dumb example in a universe of creative ways to approach your live show whether it’s playing one record in full (as They Might Be Giants do often) or playing your set in alphabetical order (like the Pixies have done) or handing out foam swords and battleaxes for the audience to participate in some friendly LARPing as my friends in Keymaster used to do.

The real streaming takes place when you’re playing music live to an audience. So however you decide to approach Spotify, don’t let your live performance remain staid.